When thinking about electric bikes or e-bikes, one of the first questions often asked is, “How heavy are electric bikes?” A good rule of thumb is around 20kg or 40 pounds. Some electric bikes are even lighter, but the battery and motor system can add several extra pounds. An electric bike’s weight is dependent on its size and the amount of power that it has. Larger batteries and larger motors will add weight to the bike. Some brands of electric bikes can be quite heavy, so make sure you check the total weight before purchasing.

What Makes up the Extra Weight of an Ebike? 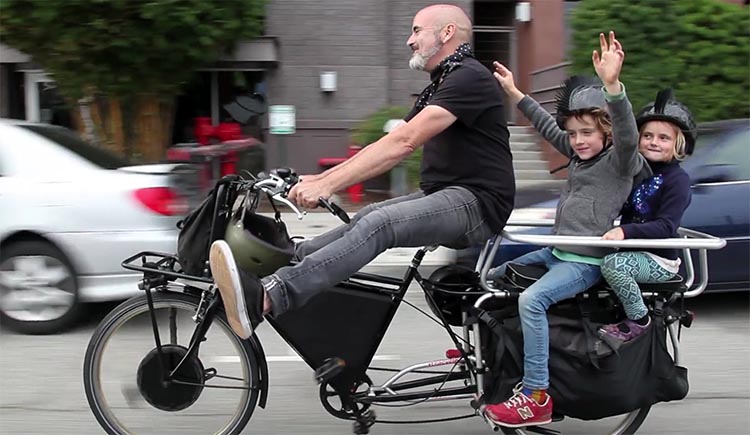 The weight of an e-bike is also dependent on its frame size and the materials used to construct the frames. Many of these electric bicycle frames are typically made from lightweight materials like carbon or aluminum to counteract the additional weight of the batteries and motors that are needed for an ebike.

The motor and batteries are what adds most of the weight to the ebike, but you should keep in mind that some e-bikes can last up to 50 miles on a single charge, so this is what the weight of the batteries is designed for. If you want to purchase a lightweight electric bike for shorter journeys, you may want to consider purchasing a second battery, though this would increase the overall weight that you would need to carry alongside the bike itself.

Why are Electric Bikes Heavier Than Non-Electric Bicycles?

Electric bikes are more heavily built than traditional bicycles as they are withstanding higher speeds and have to also withstand stronger breaking forces as a result. Although electric bikes have the same basic parts as ordinary bicycles, they use a battery and an electric motor and another factor that contributes to the overall weight of an electric bike is the frame.

This is another factor why they are heavier than most regular bicycles. They use extra materials to create a more sturdy frame and all these additional components can add about another 20 pounds to the overall weight of the bike. The battery also increases the bike’s overall weight, but the LCD controls do not add much. If you do decide to purchase an electric bike, be aware that the additional weight will be worth it in the end. You will be able to ride it for miles, which makes it the perfect travel partner for longer journeys.

How to Save Weight on Electric Bikes

While there used to be steel frames used for bicycles and electric bikes, they are less common now in modern models, and aluminum is often used. In general, the rest of the bike is made of lightweight materials. Besides the battery and motor, the frame also houses the controls.

When electric bikes were first introduced they did not have any front suspension, but there are more modern e-bikes now with a front suspension and even full suspension versions. They are still fairly lightweight bikes when compared to other motorized bikes.

The weight of the motor is distributed between the front and the rear of the bike. It is also easy to lift and carry. It isn’t difficult to move the electric bike, which is why they are so popular with people of all ages. There are many benefits to an electric bike. They can help you get around your town quickly and easily or go for extended rides in the countryside.

When it comes to weight, the electric bike should be no more than twenty to thirty kilograms in total weight. This is the weight of a typical e-bike. However, it is not that much heavier than an ordinary bicycle, all things considered. But if you’re planning on riding it on a mountain, remember that an electric bike will be heavier and it’s not so easy to carry it around for long distances in the event you have an accident or a mechanical breakdown. If you don’t have someone to pick you up, you might be in for some problems.

What Are The Lightest Weight Ebikes

One of the the lightest weight e-bikes we have seen, which is a full sized Hybrid Electric Road Bike from Velowave. Is a 250w hybrid ebike that weighs only 36 lbs (16.5 kg). There is a trend as you have the battery assist to help carry the weight of the ebike for ebikes to become heavier such as fat tire bikes. But if you want to save weight on an ebike, standard tires on a mountain bike will save weight or choosing road bikes or hybrid bikes.

The weight of an e-bike largely depends on the type of motor and the included battery. The smallest models can weigh as little as six kilograms, while a large-sized e-bike can be as much as thirty kilograms. The battery and motor are the main components of an e-bike, so it’s important to get a large-capacity battery that supports the motor size and the intended journey duration. This will be one of your main considerations when buying an e-bike to ensure that the battery and motor combination supports the bike and its intended purpose.

The overall weight of the electric bike will also be influenced by the type of bike that you are looking for, there is now a whole range of electric bikes being made available. There are folding electric bikes for road use, road use bikes, and electric mountain bikes for off-road use. These will all have different frame weights and battery configurations so the range of weights will vary considerably across this range of styles.

There is no doubt that electric bikes are heavier than traditional bicycles but they are still relatively light compared to motorcycles. An average electric bike weighs around forty to fifty pounds (18-22 kg). A non-electric bike is usually between thirty pounds (12-13 kg).

Since they are equipped with an electric motor, electric bikes can drastically reduce human effort. Nonetheless, the weight of an e-bike should be considered carefully before buying. The more weight the battery, the more powerful the bike is.